Amsterdam is the Netherlands’ capital, known for its artistic heritage, elaborate canal system and narrow houses with gabled facades, legacies of the city’s 17thcentury Golden Age. Its Museum District houses the Van Gogh Museum, works by Rembrandt and Vermeer at the Rijksmuseum, and modern art at the Stedelijk. The Amsterdam Stock Exchange is considered the oldest "modern" securities market stock exchange in the world. As the commercial capital of the Netherlands and one of the top financial centres in Europe, Amsterdam is considered an alpha world city by the Globalization and World Cities (GaWC) study group. Amsterdam is one of the most popular tourist destinations in Europe, receiving more than 5.34 million international visitors annually, this is excluding the 16 million day-trippers visiting the city every year. The number of visitors has been growing steadily over the past decade. This can be attributed to an increasing number of European visitors. Two-thirds of the hotels are located in the city's centre. The Rijksmuseum, Van Gogh Museum, Anne Frank House, Jordaan Neighborhood, the Royal Palace of Amsterdam are only few of the key attractions that come to mind when we think of Netherlands. 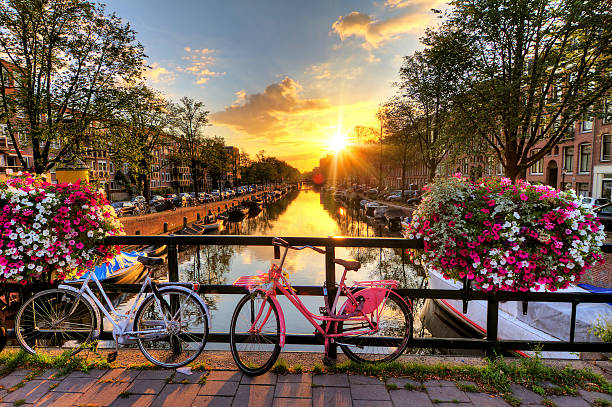